Probably he knew it would never get made. There had to be a feeling, a nagging twinge in the back of his mind. Pink Floyd doing the soundtrack. Jean Giraud the art. Orson Wells as the Baron Vladimir Harkonnen and Salvador Dali as the Emperor of the Known Universe. It was simply too grand, too ambitious. Too many wishes were coming true for it to all hold together. Jodorowsky must have sensed even from the beginning that this movie could only exist as an ideal. His impossible, insane, psychedelic, Jungian, mind-altering adaptation of Frank Herbert’s Dune could exist as a potential only. The artists who work on it openly speak of its success, even though it was never finished. Because to them, the journey was the destination. Those artists are the reason this unmade film is so colossally influential. 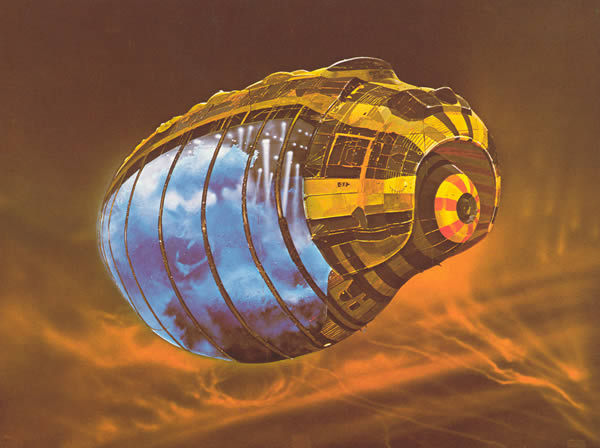 In 1974 Alejandro Jodorowsky assembled five artists who would go on, together and separately, to define the look and feel, the themes of Science Fiction films over the last 30 years more than any of the directors we associate with those films. Lucas, Spielberg, Ridley Scott, these guys didn’t create the worlds they presented to us. They hired these 5 artists to create those worlds for them. 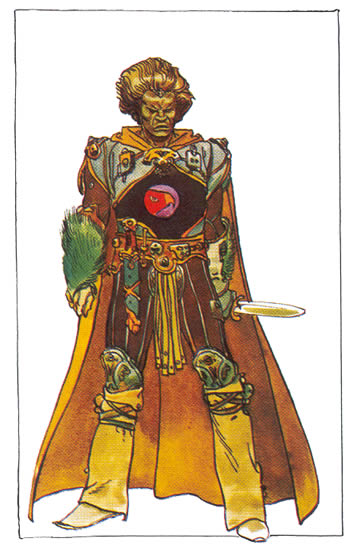 You’ve never seen the most influential SF movie of all time. You’ve never seen it, because Jodorowsky’s Dune was never finished. It was never properly begun. It never got out of pre-production. But it was directly responsible for the golden age of SF and Fantasy in Cinema, which started with Star Wars and ended with The Fifth Element. That most people have never even heard of this movie is a crime. 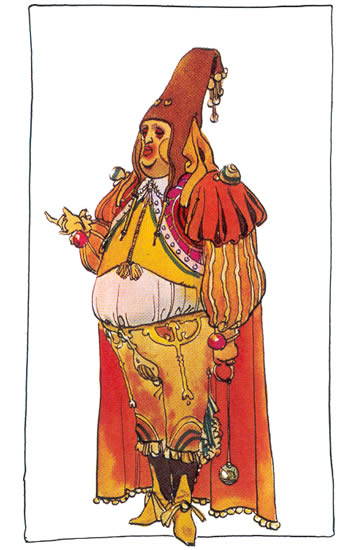 To make it, Jodorowsky simply asked everyone he thought was awesome to come with him. When he met with the guys at EMI records in London to talk about possible musicians for the soundtrack, they listed off a bunch of their mid-range talent. Jodorowsky said “Well hang on. You represent Pink Floyd. What about them?” Their reaction was “Oh they’re too expensive. You can’t afford them.” 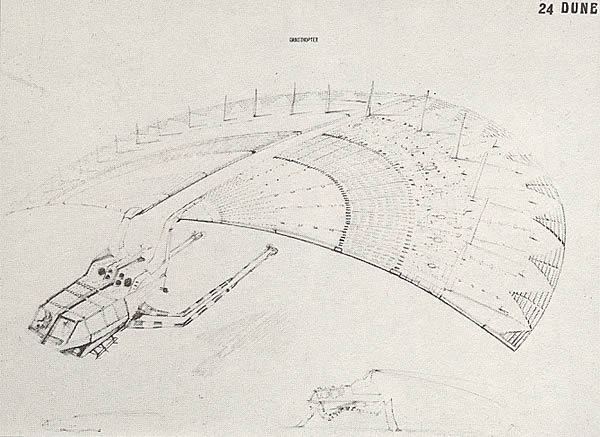 One version of an ornithopter

He thought that was crap. This was a creative endeavor and the guys in the Floyd were obviously creative guys. What did money matter? So he called them up and asked them if they’d be interested in contributing a song. Unbeknownst to Jodorowsky, the guys in the Floyd loved Dune and had seen Jodorowski’s El Topo. They flew to Paris, where Jodorowsky was based, and after a meeting agreed to do the whole soundtrack for the film, releasing a 2-disc album of music afterward called DUNE. For a brief period in the 1970s, there was going to be a Pink Floyd double-album called DUNE. Holy crap. 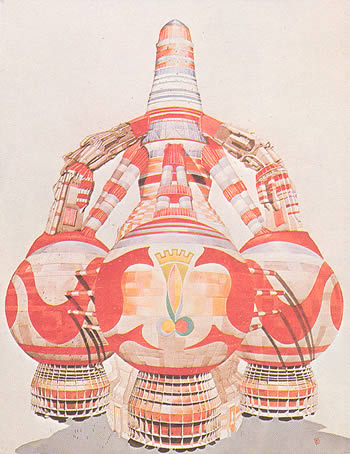 That’s how he did everything. Coming off El Topo he was seen as a brilliant, visionary director and this was going to be a massive commercial enterprise privately funded outside the studio system. So there would be no compromise. It was a perfect storm. He was hot, he was a creative genius, and he had tons of cash. That’s how he got all these people to come onboard.

Jodorowsky wanted each of the worlds the story takes place on, each of the factions in the movie, to have its own distinct visual design. To that end he hired five artists and spent almost 2 million dollars, roughly 1/5th of the film’s entire budget, on art and design in preproduction. Looking back, it seems clear that he was perfectly happy spending his budget in creating, rather than on a creation. The process was the goal, not a finished movie. The artists he assembled in Paris worked for months and produced hundreds of pieces of concept art, including ships and weapons and costumes. Five guys, working in a Paris studio for months, were secretly creating the future of the future in film.

Dan O’Bannon would become known primarily as the screenwriter for Alien. But his first gig was as an artist, a special effects designer, at USC’s Film School with his exact contemporary John Carpenter. The two of them wrote and designed the 1974 cult classic Dark Star. A very weird little movie that has a lot to recommend it, especially if you view it as a student film, which it was, and watch it stoned, which I think most of them were at one point or another. 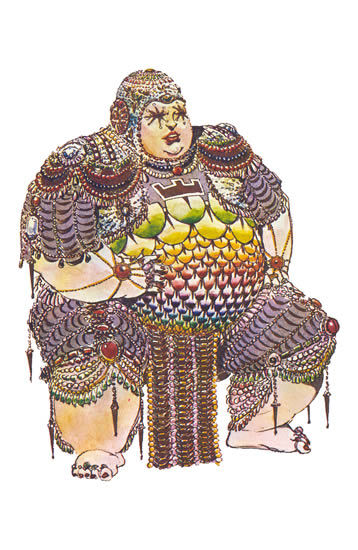 Jodorowsky saw Dark Star and loved its spaced-out visions, wanted the guy who designed them on a shoestring budget to come work with him.

Jean Giraurd, already famous in France, hadn’t yet started Métal Hurlant. But Jodorowsky was a huge fan of his western comic Blueberry. It was only after Dune failed that Jodorowsky and Giraud, under his pseudonym Moebius, went on to do one of the most breathtaking SF comics of all time, Incal. You can see, in that comic and Metabarons, what Jodorowsky intended for Dune. 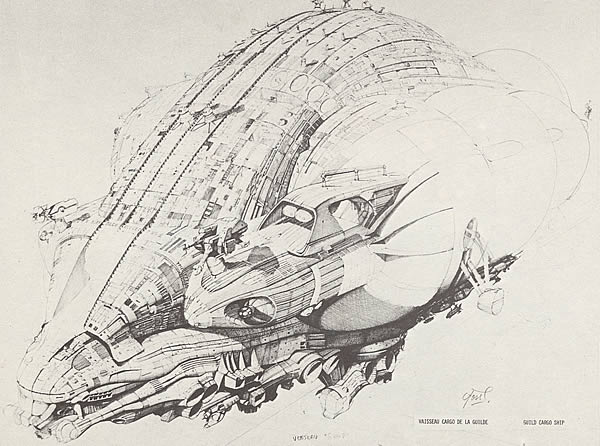 He nabbed Chris Foss, a British Illustrator noted for his covers of SF novels in Britain. Here’s Foss talking about the project.

Ron Cobb, a former Disney artist and at the time an illustrator for a radical, underground newspaper in Los Angeles, and co-conspirator with Dan O’Bannon on Dark Star.

And finally, H. R. Giger. Already a disturbing dude, not yet famous. This was several years before Alien.

You may recognize this list of talent because of Alien. They all worked on it. It was the movie they went on to do after Dune fell apart. Look a the space suits in Alien, they’ve got Moebius’ design all over them. They worked on Alien because screenwriter Dan O’Bannon recommended all of them. 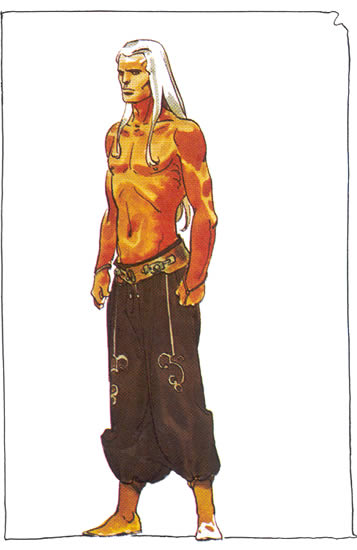 That’s them. Jodorowsky’s dream team of designers and illustrators. None of them had done much yet. Jodorowsky was not, I don’t think, recruiting relative unknowns because he lacked influence or capital, but because there was no commercial SF scene the way there is now. He was laying the foundation for that scene.

Who knows what would have happened, had the movie ever been made? It’s hard to imagine such a weird book, made vastly more weird by Jodorowsky, becoming a commercial hit. But looking at the vision of the future it would go on to produce by proxy in the form of these five artists, it clear he was onto something. The worlds those five guys would later create became huge. Influential some of them, and box office smashes, others.

Here’s a list of the movies those five artists would work on, together or separately. Each of these movies owes a visual debt to a movie that was never made. 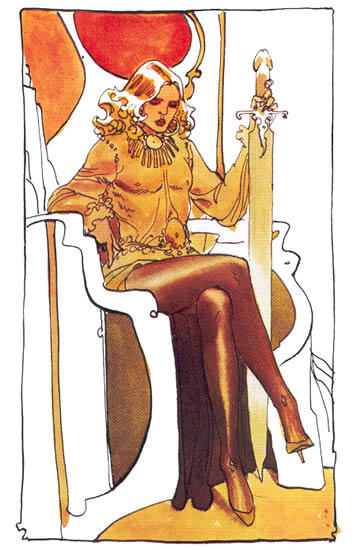 It’s impossible to overstate the influence here. There are shots in Blade Runner lifted directly from a Métal Hurlant story written by Dan O’Bannon and illustrated by Jean Giraud, who were working together because Dune had disintegrated. That same story would go on to be reworked into The Fifth Element one of my favorite movies, which Jean Giraud did a ton of work for…before sued director Luc Besson for ripping him off.

When you look back at the team Jodorowsky assembled, and what they-in groups and alone-went on to produce, it seems reasonable to conclude that the never completed Alexander Jodorowsky version of Dune is the most influential science fiction film of all time. The fact that it was never finished is beside the point.

When Dune finally ground to a halt it left behind it a group of writers and artists who didn’t feel as though they’d failed. They’d been paid well to produce some astonishing work and formed creative relationships that would see them through the next ten years. The fact that no movie came of it had to seem incidental. The dream was the process. The process was the project. The journey was the destination.

This page contains only a few images, a tiny fraction of the total, created for Dune. A full assessment of the impact these five artists had on SF would take…well, it would take a whole book. I thought I might write that book. But I missed my opportunity. There was an art show in London in 2010 where Jodorowsky was showing off several hundred illustrations from preproduction. I had plenty of time and plenty of money and could have gone, could have maybe met and secured an interview with Jodorowsky, but I chickened out. Someone should hunt down Jodorowsky and Jean Giraud and do a documentary on this, and that someone should be me! Alas, I have a job now and no time and so this poor post must serve.

Now as I write this post, I discover there’s a documentary in the works about this very subject and that brings me great joy. I just want more people to know about this, know about the creative process in all it’s forms and how it can be hugely successful even when it fails.