This post originally appeared in a slightly different form on the old site.

If you follow Dungeons & Dragons in discussions online, you may have noticed this intense reaction on the part of some players to the release of D&D4. Even though it came out several years ago, the vitriol has not abated. In the gaming vernacular, these kinds of discussions are called Edition Wars.

We’ve had edition wars as long as we’ve had editions, but with this new schism I feel the discussion lacks context. I think a lot of people don’t understand why there’s such passionate rhetoric surrounding D&D4. Why, in other words, are so many people saying this edition of D&D sucks? The answer lies in the specific and unique difference between D&D4 and its predecessor, D&D3 and, more specifically, the climates into which they were released. END_OF_DOCUMENT_TOKEN_TO_BE_REPLACED

Here’s the thing. You’re 35, you’re a successful illustrator and graphic designer in your neck of the woods. Getting by. But you’re an adult, you have adult tastes.

Someone comes up to you and says “Hey we got this thing we’re doing, you want to draw something for it? Can be whatever you want, go crazy.” And so you think it would be neat to revisit the stuff you loved when you were 13. Fantasy/SF action with half naked men and women with swords and chainmail bikinis or whatever. And it’s Metal Hurlant and it’s 1974 and it becomes a thing. A phenomenon.

But that’s not who you are. It’s just something you did. It’s a romantic version of your juvenile inspiration. There’s nothing wrong with that. It’s fun. It’s not a way of life. It’s something that’s nice to have an outlet for, but you do other stuff. Sometimes contradictory stuff. You’re an artist, you explore all kinds of shit.

For the 13 year old kids who devour it in the 1980s and 1990s though, that is normal. It becomes normal because they get it before they’re adults, before they have any perspective, any framework into which to fit it or the real world. And so they grow up thinking this is what it’s about.

Don’t waste your time trying to get them to change. They’re not going to. Because they don’t give a shit. They draw what they like. Their bosses, their peers, their fans heap more praise on them the more degrading and exploitative the art is. The people who complain are, by and large, not the ones buying the comics, not the ones signing their paychecks.

Just go find better stuff. Plenty of it out there. 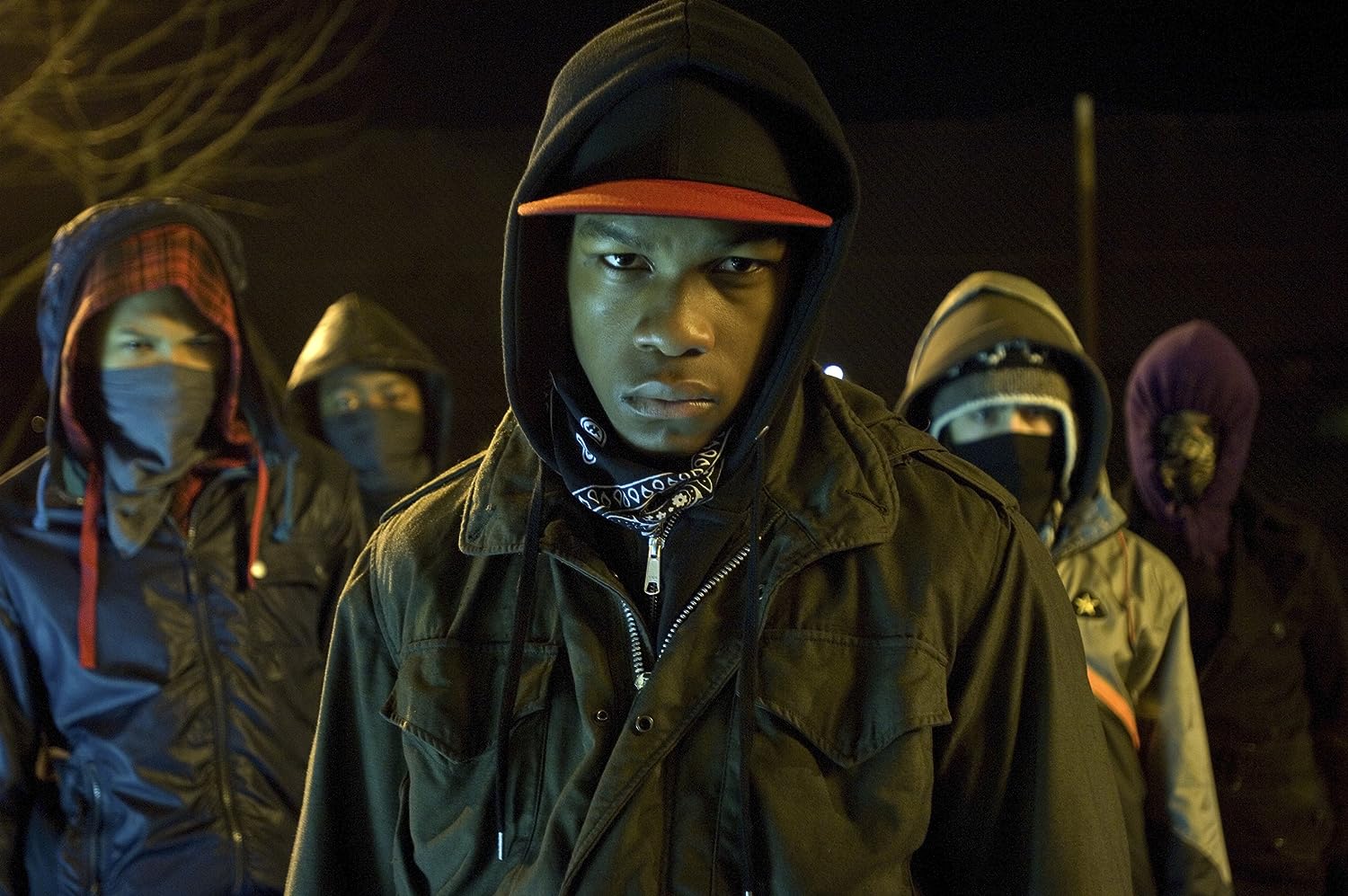 “I wish I never done none of those things.”

With these words, Moses passes his test. He is free be the hero everyone in the audience hoped he was, knew he was. Armed with plenty of courage from the beginning, indeed no real sense of fear of anything at first, Moses lacked only humanity. Be nice to think he’d have gotten out of the Waste Land on his own, without an alien invasion. But that would be Clockers, and I saw that movie. Good movie. But given the choice, I’ll take aliens in Lambeth. END_OF_DOCUMENT_TOKEN_TO_BE_REPLACED

The Planet of the Apes Prequel

I just feel like, if you’re so focused on your IP that you have to fit the name of the original property in there no matter what? Might as well  just call it what it is. You get the sense, watching this movie, that the writers were really happy with themselves. And should be, frankly. They wanted to tell a great action adventure story that explains one of the most popular SF movies ever made, and they succeeded. There’s a fun story here, with some pathos, though none of it belongs to the humans. END_OF_DOCUMENT_TOKEN_TO_BE_REPLACED 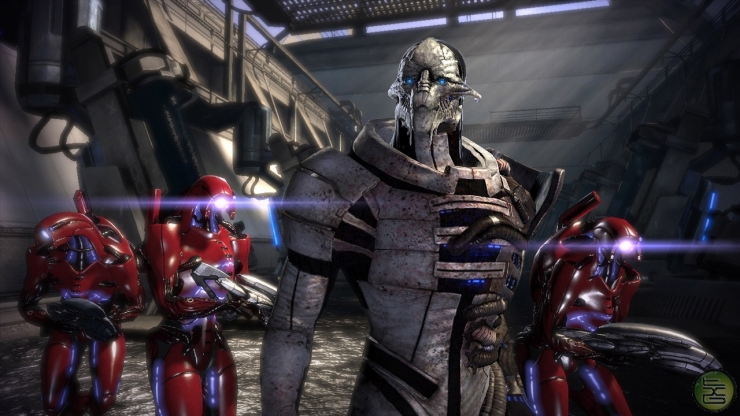 I know a lot of people who tried out ME1 and gave up. I was one of them. I got stuck on what seemed an insoluble mission in which I was continually dumped out of a cutscene and instantly killed before I even had a chance to switch weapons. This was a frustrating experience. A shelf-moment. The moment where you eject the disc, put it back in it’s case, and put it on the shelf and forget about it. I ditched the game and didn’t come back to it for two years.

That’s too bad, because ME1 was a good game, flaws and all. And ME2 is one of the best I’ve ever played, in spite of many flaws.

There are serious problems with ME1. The run-and-gun isn’t very good, there’s some driving and exploring which is as painful as any vehicle experience I’ve ever had in any game, and you can easily fuck yourself if you don’t realize that some missions are just too tough and you need to retreat and level up some more and come back.

They expect you to make decisions about weapons and gear with no context for these decisions. You get a Mark III rifle. Is that good? Is there a Mark IV? A Mark X? UNKNOWN. There’s no way to determine where you’ve been before, which makes exploring a colossal pain in the ass without writing it all down.

So if you absolutely couldn’t bear to go back and finish it, I understand. But gosh you should give it a try. Because ME1, if you haven’t played ME2, is a great game. The dialog is typically overwritten, but not constantly overwritten and some of it is pretty good. It also holds up, visually. It looks pretty good. Good enough, certainly. END_OF_DOCUMENT_TOKEN_TO_BE_REPLACED

Digging Through the Cultural Wreckage

If there is any insight in this post, it necessarily follows hard on the heels of the brilliant Todd Alcott and his original observation found in his analysis of the Venture Bros.

Everything that happened in “the past” in The Venture Bros always seems important and vital, and everything going on “now” seems really chintzy and desperate in comparison.  The characters on the show are all living in what feels like the wreckage of a generational plane crash, their lives have no meaning and so they’re constantly trying to create meaning out of the twisted shards of the past, these really poorly-conceived adolescent fantasies of power and control.

Starting in 1982, we had this great, persistent theme in SF cinema. The question of identity. Plato, trying to make a point about something else, asks us to consider how we would react if we found out the world we know is an illusion. Phillip K. Dick took the issue one step farther. “Forget the world,” he said, “how do you know who you are?” It’s the ultimate existentialist question. One implied in Blade Runner, made explicit in Total Recall, Minority Report, most recently in Moon.

Now it seems to me like we have a new theme arising, at least in part by accident, and that is: the past is more interesting than the present. And, by association, the future. We see this in video games all the time now, but I don’t think we’re doing it on purpose. I think it’s a theme arising out of the way stories are designed. END_OF_DOCUMENT_TOKEN_TO_BE_REPLACED